The total lunar eclipse of 26 May 2021 was visible from here in Sydney in the late evening. The weather was nice and clear, so I set up my camera to take a few photos. 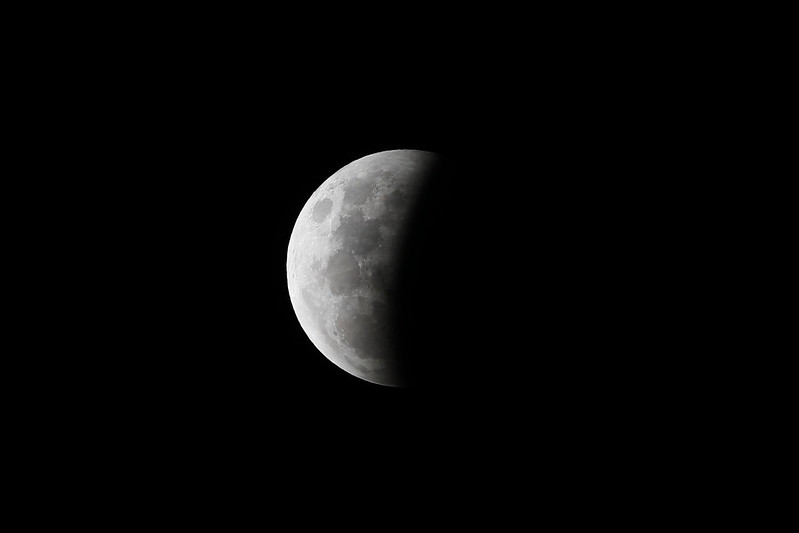 The moon is quite a small photographic target – smaller than many of the birds I photograph at the distances that I get to them. You really need a telescope to photograph the moon with good detail, but I made do with a 400 mm lens. Focusing is also difficult, because a tiny adjustment of the lens causes a relatively large adjustment in focus for objects at extreme distances. 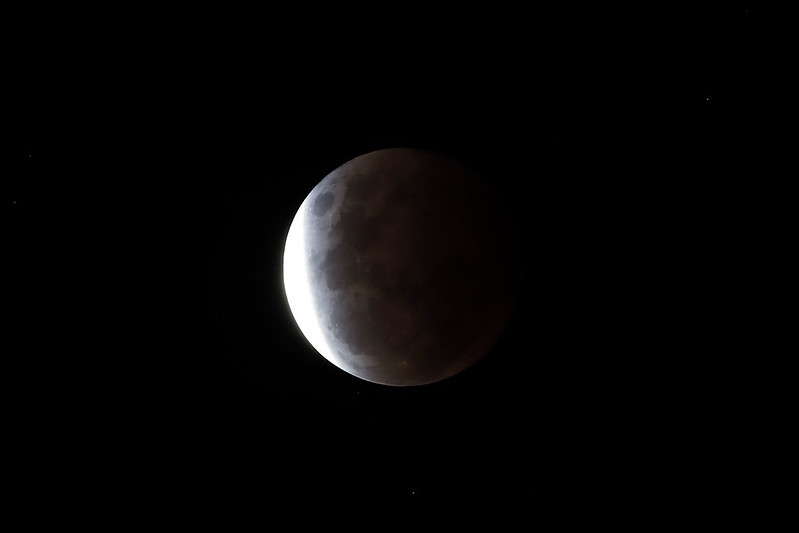 Exposure is also tricky for the moon. Normally for a subject as dark as the eclipsed moon, you would take a long exposure, of maybe 30 seconds or so. But in 30 seconds the moon moves across the sky by an appreciable amount, and the resulting photo would be dominated by motion blur. So instead I raised the ISO speed and set the exposure to a maximum of one second. Even at one second, you can see some motion blur in the stars caused by the rotation of the Earth, but it’s not so obvious on the moon itself. This is where a telescope with star tracking motor would be able to do a lot better than a camera on a tripod. 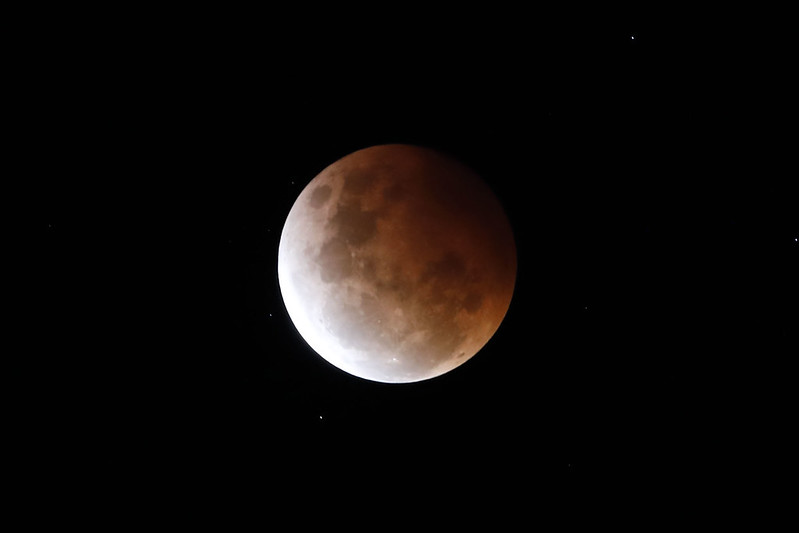 So I got some decent shots, but nothing as good as you could get with a dedicated astronomical telescopic camera. Still, it was fun!